Difference between revisions of "Non-root proxy"

To build Apache 2 & mod_perl 2 for ePrints 3, installed as a standard user, with no superuser-like access to core services (including Perl and mySQL). The ePrints server will run as a normal user, and be accessed through a central proxy 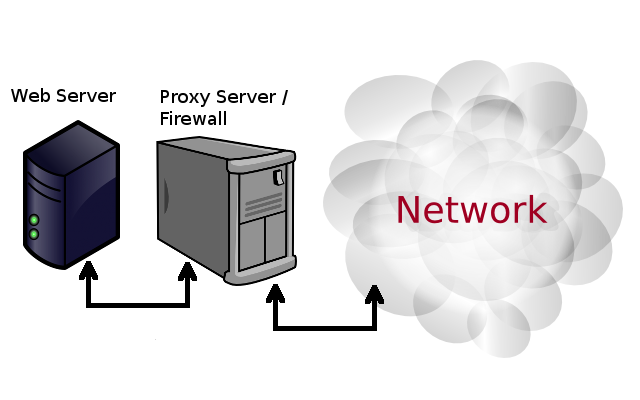 We will build the web server on a private computer called services.example.com, running on port 1234; and the public access will be eprints.example.com, on port 80

As we are installing software as a normal user (I'll use MyUser in this example), we are not adding any additional Perl modules centrally, but into a local tree. Cleverly, the Perl people have thought of this, and simply by running the cpan command for the first time will configure the whole thing for you!

When asked how you are installing Perl modules, the answer is localLib

Now we can start installing software.

Install a base Apache (previously downloaded into ~/distributions):

If you are returning to an existing source-tree, rather than a brand new untar'd bundle, clear any previous setup:

Edit http.conf (essentially, the port the server is listening on) and start the web server. Check the error log:

If you are returning to an existing source-tree, rather than a brand new untar'd bundle, clear any previous setup:

Now configure and install mod-perl into the Apache tree, and (re)install Apache. In this example, I am specifying a version of Perl to use:

NOTE: To install under Debian/Ubuntu, you will need the libperl-dev package installed

NOTE: Notice that there is a PREFIX defined, which matches the prefix in the CPAN configuration; that we are stating we want mod-perl as a DSO; the full path to the previously installed Apache "apxs" command; and that the configure parameters to be passed to the apache rebuild include enabling mod-perl

We need to enable the mod-perl module, which I do using one of the Includes:

Before you can install ePrints, you need to check the Package requirements. CGI.pm builds against the installed Mod-Perl modules, so may well be wrong. You may need to install your own version.

Now we can install the ePrints software (previously downloaded into ~/distributions):

There is no option to clean a previously configured eprints tree, so keep going..

Note: the same version of perl is being defined again, and the /path/to/tools is a directory to find various external tools (tar, wget, (g)unzip, pdftotext, lynx, etc)

The trick here is to install a basic eprint repository to match the web server (installed above), and then alter the core configuration to reflect the proxy settings.

We also know that the service is going to run as a local user, so the file and directory permissions need to be altered

These are all defined in the file perl_lib/EPrints/SystemSettings.pm:

In EPrints 3, all the configuration is done using the bin/epadmin.

NOTE: EPrints assumes a MySql backend, and the configuration routines assume it. This means that you need to have the mysql libraries available to the perl routines during this process. You may setup a Postgres, Oracle, or "Cloud" storage system once the basic configuration is in place, but you need mysql to kick-start the process.

NOTE In my install, all the bin/ files are installed with /usr/bin/perl, not whatever's defined in the .configure statement - you may need to edit them!

The command to create the basic framework for a repository is:

Now we need to do the rest of the building-work manually:

When using a database that's not mysql, then you need to tell EPrints what driver to use.

EPrints has a global Apache configuration file, and then separate config files for each <ARCHIVEID> archive running under the web server

To be sure of the correct config files for your particular install (we are discovering that they seem to move around depending on version), do the following command:

EPrints produces absolute URLs for everything (http://web.host.name/), so we need to ensure that the repository uses the correct address. Edit archives/ARCHIVEID/cfg/cfg.d/10_core.pl

The solution is to alter the "Listen" directive to include an IP number. Either use the IP number for the host, or cheat:

GLORY IN YOUR NEW EPRINTS SYSTEM!!!!

To modify the general layout of the page, edit ePrints/archives/<ARCHIVEID>/cfg/template-en.xml and then re-run .../bin/generate_static <ARCHIVEID>